The smoking jacket came into being in the second half of the 19th century as a home garment for the gentleman, to be worn when carrying out household activities and to protect clothes from the smell of tobacco smoke. The man’s smoking jacket today represents a comfortable alternative to the dressing gown, which was created instead as a garment to be worn over pajamas or more generally on clothing used in bed.

Sold out
Online only
Vivaldi 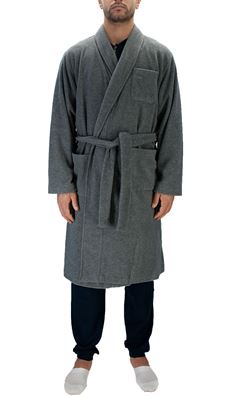 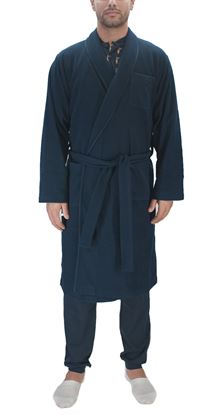 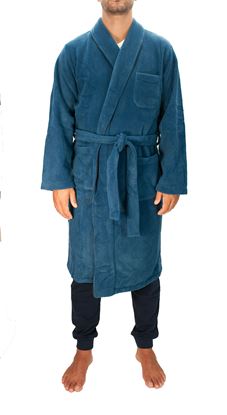 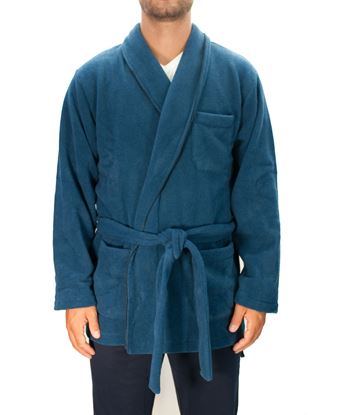 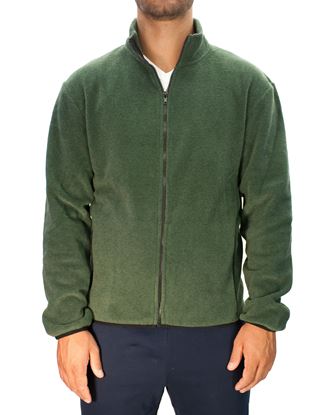 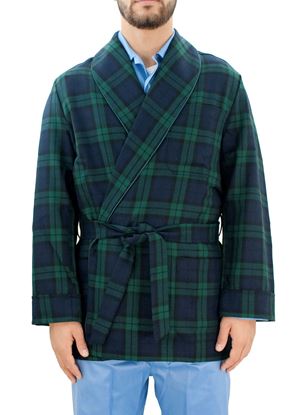 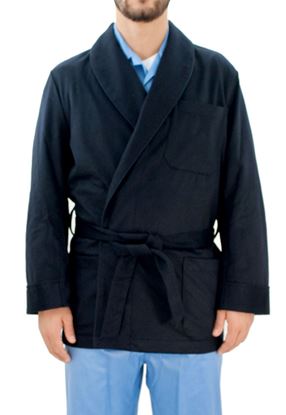 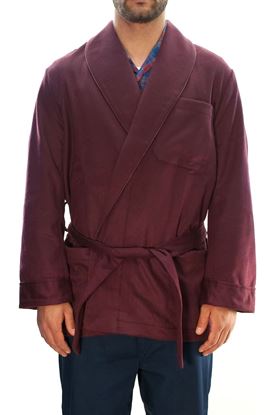 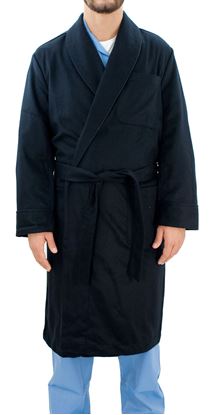 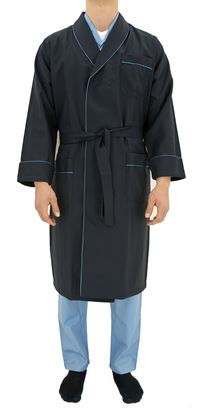 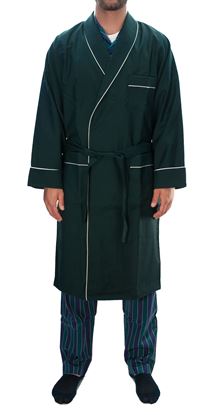 The smoking jacket, whether a winter or a summer one, can have buttons, frogs or overlapping flaps and are stopped at the waist with a soft fabric belt, often of the same material that makes up the jacket itself; the neck is usually a scarf in the more traditional models but can also be without a collar in the model called a kimono or even with a high collar in the models with button closure. The offer of smoking jackets and dressing gowns is divided into a wide choice of fabrics of various qualities and various weights; smoking jackets and winter dressing gowns are often made of wool or blends of the latter, velvet or cashmere, while for the warmer seasons, fabrics such as cotton, silk or viscose are preferred.

The colors in which the men's smoking jacket were made, when they first began to spread, were particularly vivid tones with wide stripes or polka dots on backgrounds that were in stark contrast with the colors of the clothes that gentlemen wore during the day, almost to express a home freedom deliberately concealed during daily activities in public.

Today the distinction between a smoking jacket and a dressing gown has been lost and the use of the two garments has become consistent with that of the men's dressing gown, leaving the choice between the two to personal taste. With the evolution of costumes and as there is no longer a real distinction between use of the two garments, personal taste is influenced only by the practicality of the movements guaranteed by the shorter smoking jacket which, however, does not warm the legs in the colder season. According to our experience, after listening to the most disparate arguments, we can conclude that tastes are subjective and everyone has the right to make his own choice.

Probably the only factor that influences the choice of both the smoking jacket and the dressing gown is the material it is made of. Those who prefer the enveloping sensation of a heavy garment will orient their choice towards carded wool fabrics; on the other hand, those who, without sacrificing warmth and comfort, prefer a less bulky garment will choose shaved wool, while those who want a very light garment to wear will be able to choose among pile fabrics; finally, those who want an exclusive garment that incorporates a little of all the previous features can choose a smoking jacket or a pure cashmere dressing gown.

Floccari Store, in collaboration with its suppliers, offers a tailor-made service for dressing gowns and bedroom jackets and also, upon request, produces smoking jackets and dressing gowns in pure "Piacenza Cashmere" in order to provide a more complete service, and satisfy even the most particular desires. Enter our Store and find the smoking jacket that suits you best and if you do not find what you like, contact us with an email, and with the tailor-made service we will be happy to create what you like best.